Choosing Between Finial Styles For A Wrought Iron Fence

Wrought iron fences add a sophisticated flair to your yard. They're an upscale choice that nonetheless provide utilitarian benefits, too. As the Landscaping Network points out, they offer good security because they're difficult to scale. Part of that difficulty comes from the finials along the top of the fence.

Wrought iron fences are very customizable, and that benefit extends to their finials. Keep reading to discover different finial styles and how they can work for you.

The next step up in ornamentation is the triad spear. This finial starts with a proper spearhead. From the central point, an additional point arcs out on either side, which creates that three-point spear. This type of finial works well for more ornamental styles of fences. You can even order them powder coated in gold. The three points offer a high level of security.

The fleur-de-lis finial takes its inspiration from the French ornament. It looks similar to the triad spear in that it features a central spear with two points curving from the middle. However, these points curve all the way into a semi-circle, so they point down. The fleur-de-lis is one of the more ornamental styles, though it still offers security.

The quad spear and ball final is more involved. It features a three-dimensional, four-point spear at the center. Fins flare out at the bottom. Manufacturers top the finial with a ball. The ball adds to the decorative factor. However, it also dulls the edge of the spear. So, this type of finial is more appropriate for decorative, rather than high-security, fences.

The hoop and spear finial is even more involved. It starts with the quad spear and ball at its base. However, manufacturers alternate an exposed finial with one covered with a hoop. So, this finial style is highly decorative, but not very secure because the hoop adds another layer of safety. That said, it does increase the fence height, too. 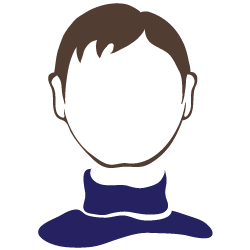 When I was a kid, I didn't understand why my dad spent so much time at work. He owned a fencing business, and it seemed like he was always fixing someone else's fence or trying to boost security for some other business. When I became an adult and started working for the business, I understood why he was gone all the time. Fencing is hard work, and it takes a skilled tradesman to understand how to avoid long-term fencing damage. This blog is all about improving the look of your fence and understanding why you need a professional to help sometimes.

Benefits Of Putting A Fence Around Your Property - 10 October 2018